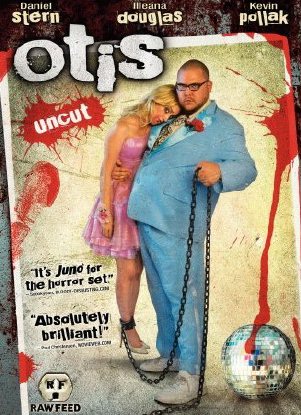 It seems I have been reviewing a lot of horror movies these days. It’s not on purpose. I do like other types of movies, but I keep hearing good things about certain “never released to the screen” horror movies that I keep trying them out. Considering my reviews, like for Teeth, you’d think I review them just to blast them. Finally, I have something good to say, after watching the wonderful serial joker, Otis.

Otis is the story of a forty-something year-old pedophile named Otis(played by newcomer Boston Christopher) who is looking for a date for the prom. He does the right things, asking a girl’s parents for permission to date their daughter, rocking out the old school Trans-Am, throwing around the old pig skin, calling the girl on the telephone all the time, and working hard as a pizza delivery boy. The problem is, he does this all after kidnapping the girls and locking them in his basement, torturing them mentally and physically, and usually killing them, accidentally. This has happened five times, the authorities have no clues, and he is continuing his quest for the perfect date for the prom.

Otis kidnaps one lucky teenager, Riley Lawson (played by Ashley Johnson), but is thwarted by her attempt to actually allow him to work his magic as a supreme catch, all 400 pounds of him. Her family, upon learning of Otis’ place of residence, take it upon themselves to unleash vengeance in ways Otis himself could not dream, with disastrous, and funny, results.

What’s great about this movie is how it portrays Otis himself. He is a psychotic pedophile, but through the movie we gain some sympathy for him, even while he is hacking up his latest date that dumped him. It is this sympathy that makes us laugh at ourselves, and the movie itself. This would seem bad, but the movie calls for it hungrily.

Riley’s family is fantastic. Daniel Stern and Illeana Douglas play the part of doting parents wonderfully. They are the stereotypical suburban family, with a loving daughter and a delinquent son. Their try at vengeance plays on this wholesomeness, and makes a movie like Last House on the Left seem pale in comparison, if only for its odd outcome. There is one scene where the family is unloading their truck that is absolutely ridiculous. 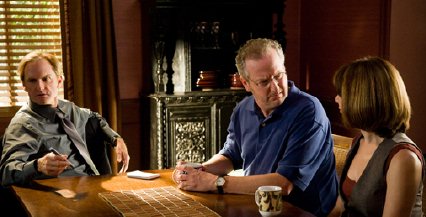 Kevin Pollak plays Otis’ naive and abusive brother. Although only a supporting role, the role he plays in the family’s vengeance is like nothing I’ve ever seen before. Think of a battery hooked up to a man’s sphincter. If you find that funny, you will love Pollak, again. The FBI agent, played by Jere Burns, fleshes out the hysterics. It is his bumbling police work that makes the rest of the movie work. If he actually had a brain in his head, maybe they would have caught Otis the second time around. I’m sure glad THAT didn’t happen.

This movie was a breath of fresh air for the horror comedy genre. The laughs are as black as night, and it works to make you feel a bit uncomfortable, but still giddy at the same time. The gore factor was a bit lacking, but the elements of imagination, such as drinking your own toes, are ripe. If the gore was there, it would probably lose a lot of its comedic elements.

All in all, I give this movie 4 out of 5 dateless nights. Now let’s go to prom in our baby-blue tuxes!

P.S.-The alternate ending is NOT to be missed.