Subscribe
You are at:Home»Gaming»A Noob in South Park: The Stick of Truth

If you are reading this, you are one of three types of people:

Yes, as far as gamer speak is concerned, I am a noob in “South Park: The Stick of Truth.” In the gamer world, I am not even “core.” I stopped playing “The Elder Scrolls V: Skyrim” to start up Stick of Truth, a game released over two years ago that I just got in February. Granted, I was waiting for the DLC-combing “Legendary” package to come out and drop down in price, but even that was almost a year ago. I’m lame when it comes to gaming these days. I admit it.

The beauty of “South Park: The Stick of Truth” lies in its ability to be for everyone (everyone that is a fan of “South Park” anyway.) Even a noob like me who waited over a month to get the game and only did it because it was on sale doesn’t need to feel ashamed, or have the game ruined by screen-shots or the explanations from other people. This is because everything you have heard about this game doesn’t do it justice. 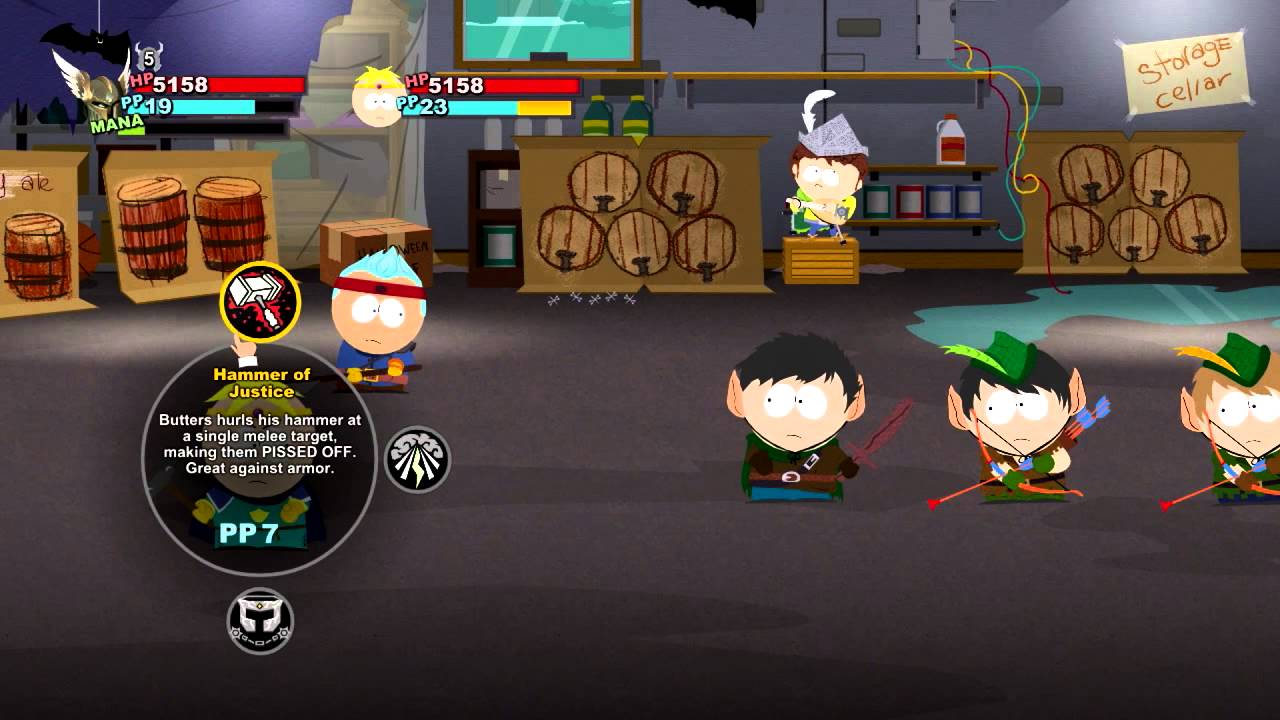 So what is “South Park: The Stick of Truth?” At it’s basest level, this game is a turn-based RPG like the “Final Fantasy” series. After creating your custom South Park character (at least, as custom as animation involving construction paper cut-outs will allow), you are able to explore the town of South Park in a third person person perspective, interacting with NPCs (non-player characters for the mega-noobs) in order to obtain and complete quests, engaging enemies that get progressively harder as you progressively get further into the game, and looting items that are either useful, for collection purposes only, or are just great gags referencing episodes of the “South Park” series. 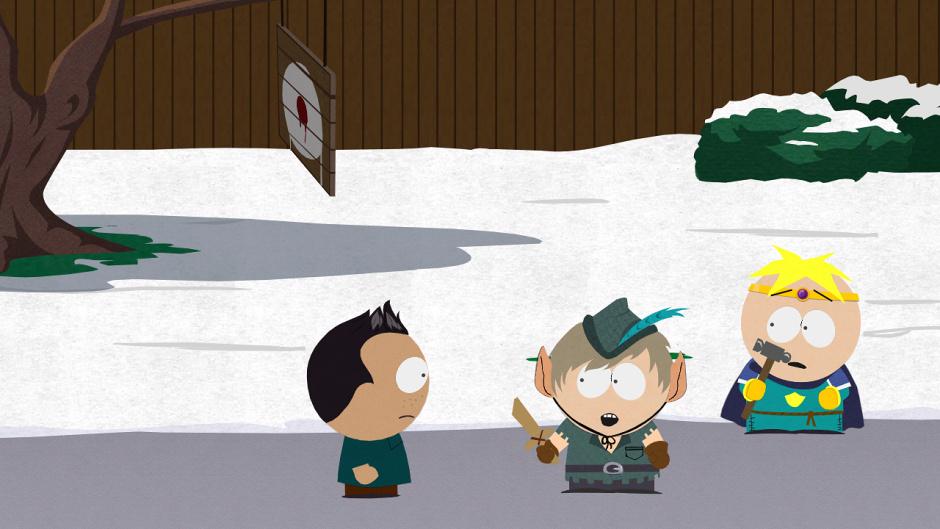 You are the new kid, aka Douchebag no matter what you claim your name is. In an effort to make friends, you enter into a make-believe battle of kids pretending to be humans and elves as they attempt to wrest The Stick of Truth from each other. While the battles may be make-believe, the activity in South Park is anything but, as we meet aliens, underpants gnomes, Nazi zombie fetuses, and some of the most insane gas explosions you will ever see. 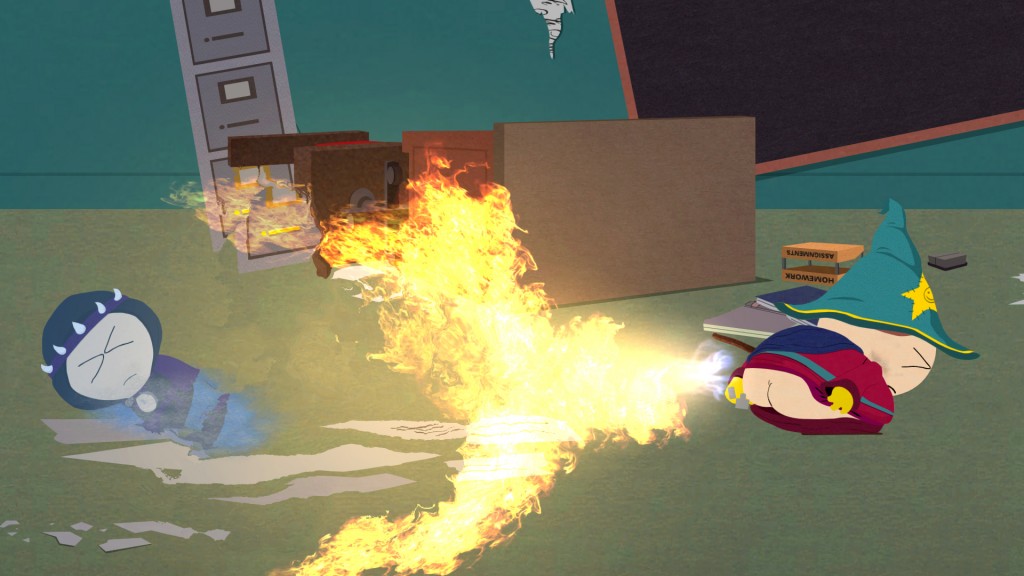 Besides super moves that involve the brown note and Kenny showing off his nipples, the great thing about “South Park: Stick of Truth” if that it plays like a really long, awesome episode of South Park. Granted, it can seem easy to do when your animation is mostly construction paper cut-outs, but the game really perfects its design to help you get lost in the world of South Park.

The game also makes sure not to take itself seriously at all. There are many awkward achievements that lampoons the achievements of other games, such as:

If that isn’t enough, you aren’t limited to regular turn-based actions. Sometimes you have to mash some button in order to take a s#*t, which you can than fling at your enemies. Other times, you will be forced into a “Dance Dance Revolution” mini-game to show how you can dance like a goth kid, or a “Simon Says” mini-game to keep Randy from being anally probed over and over again.

It is because of how the ridiculousness of the game’s theme merges so well with real game-play that makes “South Park: The Stick of Truth” able to be so sweet to the casual gamer and hardcore gamer alike. Even a gamer noob like me that is late to the party.