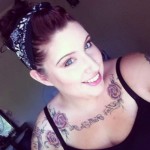 Some horror films rise above the rest. They loom like a visage of greatness over those deemed less worthy of the “Titan of Horror” title. Does that make these films bad? Not necessarily. Do they get a bad rap? Sure. These are the hidden gems of the horror movie genre. The diamonds in the rough. Some would argue that they are crap and I should have my head examined for the mere mention of them being anything more than awful. I love these films no matter how campy and terrible others may think they are and I am probably their biggest champion.

I put this beautiful disaster at the top of the list because my love affair with this film has been a long one. I first saw this movie in 2001 when my mom let me rent it from the video store (holy crap I feel old saying that.) Why she thought letting a 12 year old me rent this movie was a good idea is beyond me but nevertheless she did. It scared me and fascinated me at the same time. I have a habit of obsessing over certain things and this film struck me in that way. If you weren’t aware, this is actually a remake of a 1960’s William Castle film by the same name. It came right on the heels of the remake of another one of his films, House on Haunted Hill. This remake is one of the better ones I have seen and while it doesn’t exactly follow the story of the original, it is visceral and has some really creepy moments. Visually this film is pretty stunning and the ghosts were all done with makeup effects, which is pretty incredible. The Jackal is probably my favorite of all the ghosts as he is definitely the scariest one. A close second is the Juggernaut because of the crazy scene he has in the very beginning of the movie. This is a fun little flick and while some people really hate it, I cannot live without it.

I always get crap for loving this film but, dammit, it’s just so weird. I always describe it as The Ring but for the internet. With veteran actors like Stephen Rae, Stephen Dorff and Natascha McElhone, how could you go wrong? I love the feel of this movie and the visuals are actually pretty neat. The concept of being killed by your worst fear is pretty frightening and Stephen Rae plays a great creepy psycho. I can understand why this film didn’t do well. People either love this movie or they hate it. I find the latter to be the majority. This is another movie my mom let me rent from the video store when I was younger and I was in love. I count this among one of the most rented movies of my youth. I think this film is extremely underrated because while the script isn’t the best and the special FX aren’t spectacular it has a gritty and dark feel that gets under your skin and the music is epic. I have one word for you: Rammstein.

Words cannot describe how much I adore this movie. The sea has always fascinated and terrified me and this film only intensified that. It’s got a great cast including one of my long time Hollywood crushes, Gabriel Byrne. The concept is pretty unique. A haunted house that is floating in the middle of the ocean so there’s really no hope of you escaping? Sounds pretty freaky to me. This movie is one of the more widely accepted on this list. It has a pretty large cult following but most real film critics have called it boring and disjointed. I would have to agree with the latter because the story can sometimes be a little convoluted and there are several different narratives that don’t really flesh themselves out. I enjoy this movie for what it is, a fun ghost story with a twist. If you try and put more weight on it, you will be disappointed.

I wasn’t quite sure about this movie at first. Why? Well, I am not a huge fan of Kate Hudson and New Orleans is one of my favorite places in the world. I was pleasantly surprised by this film mostly because of her performance. New Orleans is a city of tradition and doing certain things a certain way. She plays someone who is an “outsider” and that is a pretty strong theme in this film. It creates a sense of unease and dark mystery that makes this film suspenseful. While initially the movie was met with mixed reviews it has since become a great thriller staple. The sets in this film are beautiful and, while the script leaves a little to be desired, it has a great twist at the end and the suspense it pretty palpable. Watching this one always makes me want to hop on a plane and head down to the Big Easy but stay far, far away from the Bayou.

My last pick on this list is by far one of the most underrated horror movies of all time. In college, I loved studying phobias. I was a psychology major so I got plenty of exposure. Arachnophobia is one of the most common phobias around and while spiders don’t bother me, I think this film could steer me in that direction. While I consider this film to be more a thriller/horror/comedy it still doesn’t get enough credit for how good it actually is. The spiders in this movie are real. The smaller ones were a species native to New Zealand that are harmless but the big mama jama was a Bird-Eating Goliath Tarantula. I have handled these behemoths before and while they are generally quite calm they can be easily agitated and will give you a nasty bite with their big ol’ fangs. This film brilliantly mixes comedy with horror and I like to think that without this film, we wouldn’t have things like Eight Legged Freaks or even Deep Blue Sea. The idea of nature fighting back against us is a primal fear and when you put that with Arachnophobia, look out.

People will always have their own opinions about films and I am certain there are plenty of ones out there that I hate and others love. I consider these to be my hidden gems. My misfit toys of the cinema world. While some would say they are bad films and are better left to sit on some shelf, I say they are the ones that deserve so much more credit and while everyone may not love them, myself and a few others consider these to be creative, fun and creepy works of cinema art.

Julie McNeely is a Scream Queen extraordinaire and a horror movie fanatic. She is a sassy, tattooed redhead with a fierce passion for the paranormal, criminology, music, oddities and all things horror. She currently writes for her blog Living Dead Girl Reviews and lives in Seattle.