Like most horror fans of a certain age, I have, in my life, consumed approximately one metric shit ton of Stephen King works.  My reactions to them vary greatly, unburdened by considerations of the cocaine years, or post car accident.  He is every bit as inconsistent as he is occasionally brilliant.  Adaptations of his work are notoriously tricky prospects.  For every “Shawshank” you get, there are ten poorly made miniseries lurking in wait.  And so I am entering The Mist with no small measure of caution and trepidation.  It could be sublime.  It could be awful.  And honestly, the pilot does not entirely point in which direction it will ultimately go. My initial plan for this review was simply to record my real time reactions to the episode.  Inevitably, they became a bit too vulgar and flippant to cohere in a meaningful way (to say nothing of my tendency towards lobbing questions at characters absolutely devoid of the capacity to answer) so at least for now, I will subscribe to the more rigid and traditional mode of review.

The series opens with a man who is clearly disoriented waking up in a forest.  A very friendly dog is sitting and waiting for him.  The man fumbles with a wallet and assume his identity, and the dog as his own.  Alas, Rufus the dog is not long for this world and Bryan, fumbling through the titular mist (a phrase that shows up approximately 700 times in my notes) discovers a very dead canine suspended from the trees. 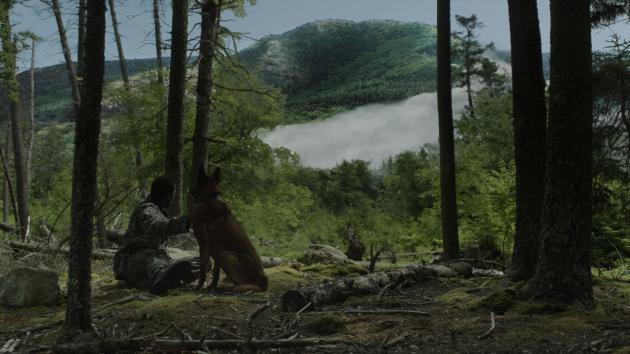 We transition to a small town that I am making the educated assumption is in Maine, since basically all of Stephen King’s work takes place in Maine.  Eve, the school teacher, is being placed on administrative leave by her principal, for teaching sex ed.  Credit here to the writing.  By establishing that parent backlash has incited this move, the writers have managed a great deal of environmental exposition that doesn’t rely on long monologues.  You can assume a great deal of things about a town where a teacher would be put on administrative leave for teaching kids sex ed.; it is repressed, conservative, probably a little red, and regressive.  Eve goes home to her (it must be noted) lovely husband, Kevin, and not-that-angsty teenage daughter, Alex.  They all head out to a local football game, and it is established that Alex has a bit of a crush on the local football star (referred to in my notes as “Dreamy McFootball”, because names were not immediately forthcoming).  Her friend Adrien, pansexual, non-binary offspring of an old-fashioned father, joins the family at the game and a very idyllic, Friday Night Lights time is had by all.

Nevertheless, Eve denies Alex permission to go to the party Dreamy McFootball invites her to.  Kevin disagrees, and grants Alex the permission anyway, provided she goes with Adrien. The two hit the party, and any initial suspicions about this town being rigid and old-fashioned are immediately played out when a chest-thumping dude bro refers to Adrien as a certain epithet I feel no compulsion to repeat, but Dreamy steps in and offers Alex a drink. Not difficult to see where this is going, is it?  It practically heralds itself with trumpets and a footman.  The next morning, Alex tells her parents what we already know – she passed out and was raped.  She can’t remember anything, but Adrien tells her Dreamy was the culprit.  At the hospital, the doctor (breaking SERIOUS doctor-patient confidentiality and HIPAA rules) tells Kevin that, yes, sexual intercourse occurred, but no, there was no evidence of violence, but she did have drugs in her blood stream.  Natch.

Adrien is seeming to comfort Alex, but also assuring her of “what the town will think,” which, yeah, okay, she should probably have realized since she lived there all her life.  I realized it, and I was watching the show for about twenty minutes at that point.  Of course a retrogressive small town will blame the girl for ruining the life and reputation of their superstar quarterback, instead of nurturing the victim.  Still, it is a strange tack for a friend to take in an effort to comfort a friend.  I have some very real concerns about the straight up integrity of Adrien, while I can see that is intentional, I have not yet discerned if it’s a red herring, or indicative of Adrien’s nature. 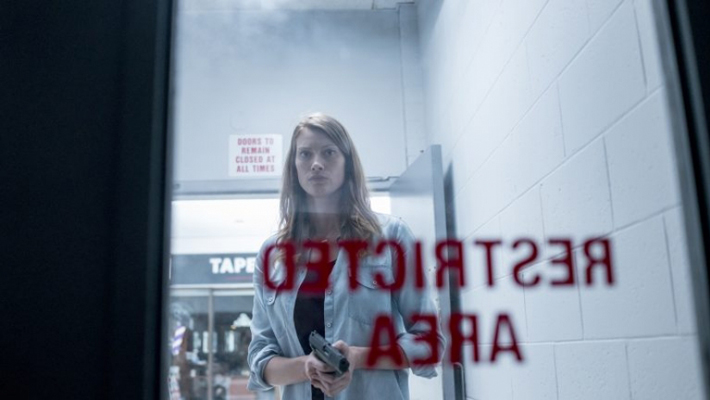 Bryan has made it into the town, mist presumably hot on his heals, and goes to the police to warn them.  The police chief is every horrible alpha bro we’ve ever met, and oh yeah, surprise, surprise, he’s Dreamy’s pops.  No great shocker, then, that instead of taking Bryan’s warnings to heart, he locks him up. Simultaneous to all of this, there is a woman who stabs a man with a pitchfork, who seems to be disoriented in a way similar to Bryan.  She ends up in the jail cell next to him.

Several more additional plot devices fall into place (they are pretty much exactly what you would expect, but I’m running out of words and haven’t gotten to any sort of analysis yet, so let’s just move on), succeeding in dividing the core cast into groups, stranded by the mist, which has one of two possible effects: some sort of nature rallying cry that inspires a primal level of violence, or (and this is where I’m leaning) a hallucinatory effect.  We’re far from sure which one yet. 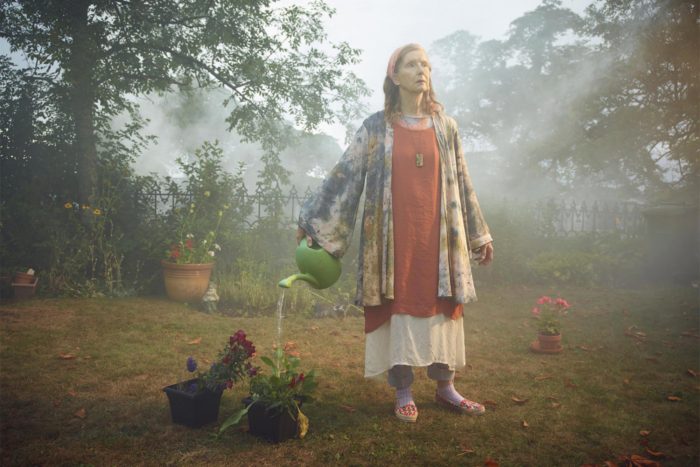 Alright, so that’s what happened, but was it any good?  It was well paced.  It went swiftly, and I wanted to see what happened.  But I also wanted it to do better.  The decision to make Alex and Eve’s relationship so fraught is such lazy characterization.  The whole “strained mother-teenage daughter thrust into difficult circumstances that inevitably repair their relationship” thing has been done to death.  I will reserve hope that the writers will zag on me, and take it somewhere fresh.  I will not, however, hold my breath.  This episode was (by necessity, no tea, no shade) place setting, and while a great deal was transmitted about where the narrative is going, I don’t want to second guess; I would love if this show surprised me.  There is a great deal of room for social commentary – rape culture is clearly being addressed in some capacity, and Bryan is the only person of color so far in this hella white cast.  He is also, it’s worth noting, one of the two best characters in the pilot, tied with Kevin, who he’s been paired up with.  In a show where the time will pretty clearly be divided between plots, it’s not necessarily a good idea to put the two best and most compelling characters in the same storyline; it makes the others that much less interesting.  But again, this is a pilot, and there is lots of room to breathe and grow. Let’s see where it goes.

So until next time, here’s Who’s holed up where:

The Church:
A sweet older lady who seems to be wisest, earliest, to the fact that shit’s going to get real.