The complicated arithmetic behind the television long game dictates that, while every impulse in me screams that The Mist is not a very good show, a soft chorus echoes, “but see where they’re going with it?”  Serialized horror/thrillers, unlike, say, a soap opera, or even something like the recently released GLOW often benefits from the nebulous concept of the bigger picture – things that seem illogical in episode two may carry a weight and significance that only comes to fruition in the wholeness of the season.  I have my doubts that such is the case, and yet the possibility alone gives me pause.  And then, too, there are enough compelling and strange elements to make me wish it were a better show, and hold out hope that perhaps it will surprise me yet. 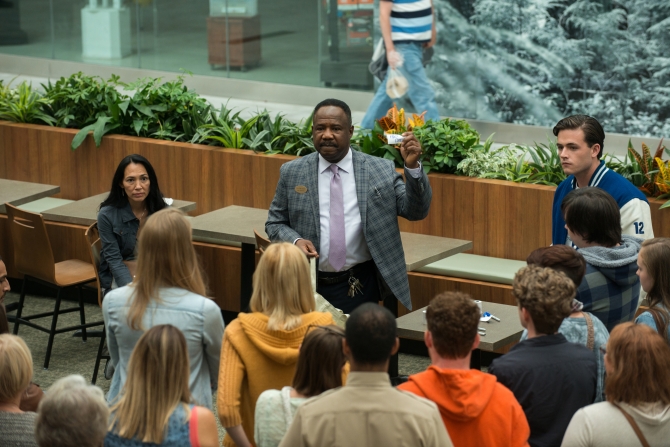 We find the mall group attempting to parse the death of the uber bitch in the previous episode – the hows and the whys of it all.  The manager locks everyone in “until they can find out what is going on.”  I have, immediately, a few qualms with this, not the least of which is that he did not offer the choice of leaving before he locked the doors.  Which is, essentially, kidnapping.  But, okay, whatever, I’m splitting hairs.  The mall group splits up and Eve, Alex, and their new friend Kimmi discover a closed room with another stiff in it.  Dreamy McFootball (who I confess, my perspective on has changed, but not enough to learn his actual name) flies a drone down the mist-filled hallway and the collective group sees the beginning of a word written in blood – opinions on what it says varies, but by the fundamental logic of plotting and structure, popular wisdom suggests it’s the final thing that is posited, so the beginning of the name “Anna.”  Eve and a character who was not mentioned last week go through the misty hallway to attempt to locate a radio, to communicate with the outside world.  They find the functioning radio and the stranger’s skills with it, as well as his possession of a gun, convince Eve that he knows more than he’s saying.  Which, okay, I’m with you up to here, Eve.  He definitely knows something. Where you lost me, though, is in the decision to try and get away from this guy.  A fellow who seems to have some sort of military background and who KNOWS WHAT THE HELL IS HAPPENING.  Eve wants to get away from that guy.  Not grill him.  And not figure, “oh hey, the guy who knows what’s going on probably also knows the best way to survive.”  Nope, our girl runs away from him.  And when he grabs her to stop her, she gets his gun and she shoots him.  Yes, I am cutting out a few minor details, but if your reaction is “well that escalated quickly,” trust that impulse.  It simply doesn’t make much sense.  Eve returns to the group and instead of telling any of them, “oh, by the way, this guy isn’t what he seemed, he had a gun and he sort of attacked me,” she lies about it.  Eve has not, until the latter half of this episode, presented as a reckless and stupid woman.  These are the actions of a reckless, stupid woman. 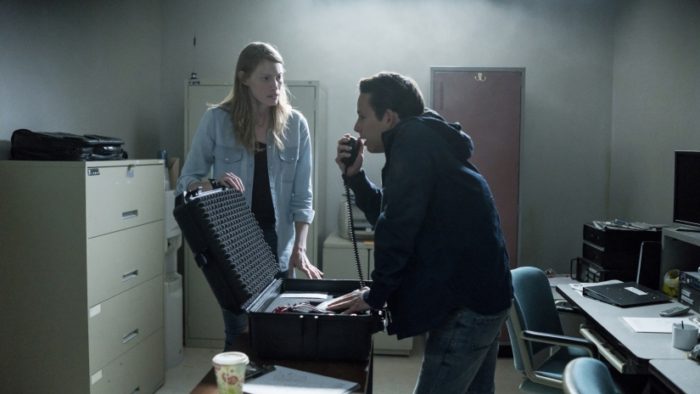 Our other group escapes the police station and makes it to the church where the sweet old lady whose husband died (we now know her name is Mrs. Raven) is shored up with the priest and parishioners and whatnot.  Hatchet girl (whose name is Mia.  I wrote this down because I knew I would not remember) is going through withdrawal and sees a woman (we must assume is her mother) in the mist, who tells her that she is only the result of the comedown.  Later, Bryan tells Mia that he saw the vision, too, putting a swift death to one of the more potentially interesting mysteries – mist hallucination, withdrawal, or something else altogether?  We now know for certain it is a product of the mist.  Clever mist!  Adrien is still mopey, Bryan is still heroic, and even without much forward propulsion, this group remains the more engaging of the two, perhaps because already the characters are more consistent and better developed. 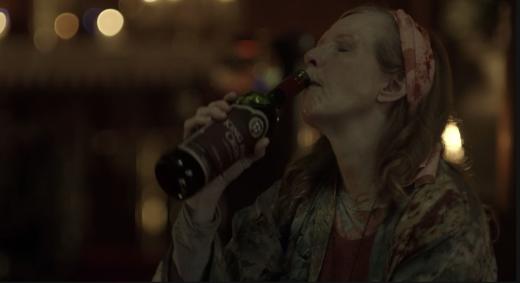 The episode does introduce the slightest corner of an interesting notion; there are three teenagers in the mall who Eve notices, and who seem to have no connection to the town.  The episode ends with Dreamy McFootball finding them hanged in the bathroom (perhaps the episodes single most striking image).  We know that Bryan doesn’t really remember anything and is calling himself Bryan only because he saw the name on a credit card.  There is the potential for a sort of fascinating story about the integration of these sort of lost lives into the town; the assumption of belonging.  I am not sure where the show is going with it, and I admit, my hopes remain ground low, but maybe, just maybe, they’ll surprise me.

But then, we must face the respirator problem.  Because for as swiftly as our team grasps that the mist is problematic, not one of them considers finding a respirator before going out into it.  They are, by turns, in a mall and a police station.  Anyplace that has a regular cleaning crew (i.e. either of those buildings), would have a supply of respirators.  But let’s even table that.  We’ll be good sports. We’ll suspend out disbelief about the ease with which they could get an N-95.  Why not at least pull your shirt up over your nose and mouth?  You have no idea what this mist is or can do, but you won’t commit to the most basic level of defense against it?  Additionally, why is it that no one worries about the idea of contamination?  That if you have been in the mist, maybe it is still on you in some way?  I get it, we’re going with your standard issue, “MAN is the real monster!” theme here, but, that is so lazy.  And has already been done much better before.  I would love to see The Mist get really, truly, unapologetically weird. 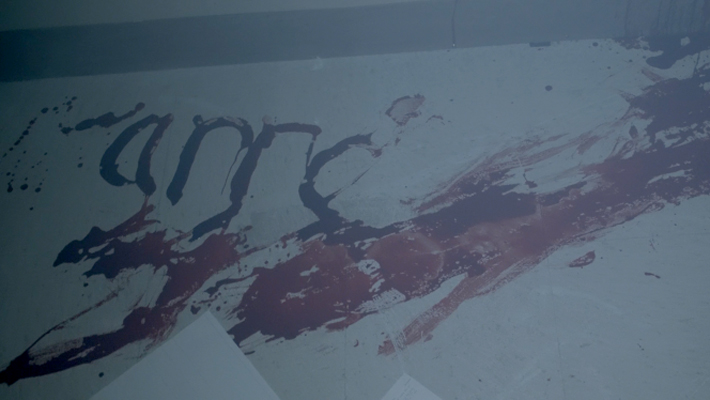 So.  Will The Mist get good?  I don’t know, guys, I’m not ready to write it off yet.  As of right now, it is not a good show.  That doesn’t mean it couldn’t still become one but, damn, it would take a lot of damage control.  This week basically abandoned the notion of character development entirely; there aren’t so much characters on this show as there are game pieces, designed to move in a precisely pre-established way.  As such, we must drift by on the goodwill we’ve already shored up for them, and with only one prior episode, that’s a pretty risky gambit.

I’ve changed my vote on Dreamy McFootball – I no longer think he raped Alex.  Meet me in the comments and let me know what your thoughts are, on roofies, hallucimist, and the probability of Lovecraftian monsters.