The last episode’s cliff hanger resolves in spectacular fashion in the second episode of season two, “Mumbai Sky Tower”. It turns out that the Saint of Killers is perhaps a tad more unstoppable than we previously thought. We also get to check back in with a familiar face in a sequence that hits me squarely in the feels. And finally, our leads address the events of last season’s explosive conclusion in an episode that again focuses on the strengths of its characters.

Preacher is finding a good rhythm between its absurdity and its emotional aspects. Nothing captures that better than Tulip’s expression seeing the news report about the explosion amidst the craziness of that opening sequence. I honestly expected that we’d heard the last of Annville last season, but “Mumbai Sky Tower” handles the reveal of its destruction tastefully. The one thing that’s starting to worry me is the threat of the Saint of Killers. At a certain point, his “show up and kill a lot of people but allow our protagonist to get away” shtick is going to get old. 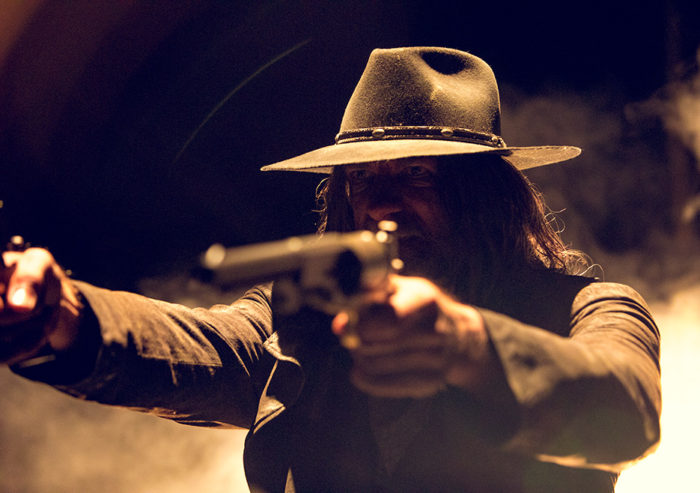 We start right where left off with the Saint of Killers pulling a gun on Jesse in a motel parking lot. After his attempts to use Genesis fail, the Saint takes what would’ve likely been a fatal shot at Jesse, but by the forces of sheer luck (or divine intervention), a van driver interrupts the bullet’s trajectory with his head. The Saint proves to be immune to most common methods of killing like head on collisions with vans or a hail gun fire. We fully test out the gunfire immunity part when patrons of the motel happen to be Gun Aficionado members under Jesse’s command.

The trio barely manages to escape the war zone and head for the Mumbai Sky Tower Casino where Cassidy saw our angelic friend from last season, Fiore, (not to be confused with DeBlanc who was shot and killed) advertising his magic routine. Fiore restates his role in hiring the Saint of Killers and expresses his sentiments of “not giving a shit” when Jesse implores him to call off the hit. We also find out that the Saint tracks Jesse based on his use of Genesis. Cassidy tries but ultimately fails to convince Fiore to call off the Saint with a healthy amount of various drugs. In the end the gang heads off to New Orleans with the Saint (as ever) on their trail and Fiore finally finds peace (hopefully.) 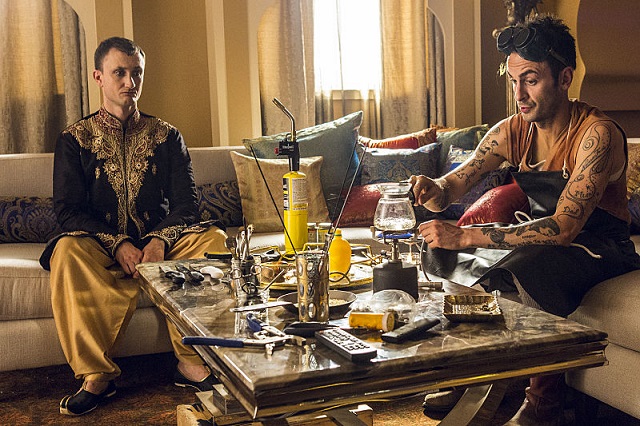 “Mumbai Sky Tower” keeps things rolling in a good direction. The story balancing is what I was most concerned about after the premiere, but this episode has worked to ease my fears. The stand out for me this episode is Fiore. We really got to experience the full range of emotion with this character. It was truly sad to see him go, and with him goes Jesse’s only way to stop the Saint of Killers. The Saint is a character that’s interesting for a number of reasons, and I really hope we get some more depth to him soon. If our team can’t find a believable way to slow this guy down, we really run the risk of this game of cat and mouse getting stale.

I am definitely a Tulip and Jesse shipper, but I’m glad they didn’t get married. To be honest, I never really expected them to carry it through anyway. There’s just no benefit to the story, in my opinion. We are already gearing up for eventual fallout from the revelation of Cassidy and Tulip’s hookup. I don’t think we need to add another layer to that. It was also great to see how Annville’s destruction affected Jesse and Tulip. It’s one of many moments in this episode that was impactful, emotional, and a great moment for their characters amidst the chaos of the day. 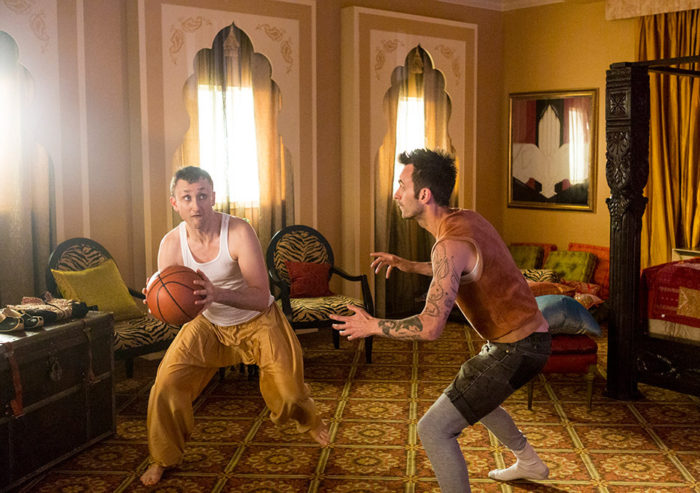 Another such moment, or really moments, is the entire sequence with Cassidy and Fiore. There is something about this sequence that’s so endearing but also, it’s hilarious. Even though Cassidy does not get Fiore to stop the Saint of Killers, he really does gets as good a “crack at it” as one could hope. When Fiore tells the Saint of Killers where Jesse is headed, you understand why. He loved DeBlanc, who basically died trying to stop Genesis; Fiore clearly can’t let his death be in vain. On top of that, he’s convinced Genesis needs to be destroyed, which is something you can’t really argue with. The tragedy of Fiore was a dark comedy. I laughed, I cried, but this has to have been one of the strongest stories Preacher has told so far.

Another episode down and another knowledgeable character killed by the Saint of Killers. At this point, I have to wonder if this will be the trend this season. New Orleans will be an interesting setting for the show, especially considering Tulip’s connections there. It’s also nice that the Saint’s ability to track Genesis will effectively replace Tulip as Jesse’s power modulator. All in all, it’s a promising sign that Preacher took the time to wrap up Fiore’s character in the way it did and address Annville. Who knows, if things keep going this way, maybe the first season will seem less like a waste of time.

Kevin Boone is a part time writer, full time comic book movie/tv junky and professional mundane day job haver. In this saturated world of superhero content he is inundated with opinionated thoughts to share. When he's not writing about topics that have superheroes in them he's likely playing quidditch with his daughter in the living room.