Subscribe
You are at:Home»Film»Michael Bay to Ruin Remake of Alfred Hitchcock’s The Birds 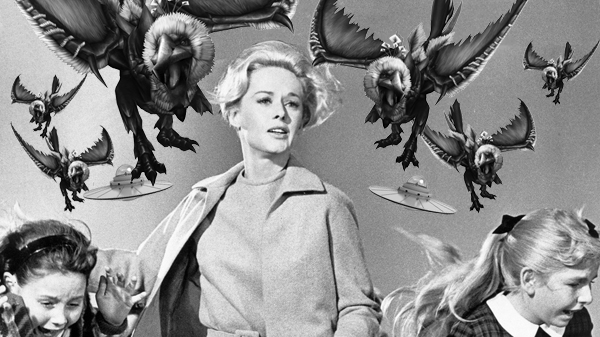 Our depiction of what a remake of The Birds may entail.

Contrary to hope, it is not April 1st today, which means that the news that Michael Bay’s production company, Platinum Dunes, is slated to remake the Alfred Hitchcock classic, The Birds.

So what will happen to The Birds? It’s easy to assume that any sort of suspense that the original held will be squeezed out by massive explosions caused by crazed bird flying in every direction, but what about the birds themselves? Will they be AI robots that have lost communication with their creator? Will they be alien monsters bent on taking over the world? Will they be both?

Details have not been released but, whatever the plot-line, we at least know one thing about what the remade birds will be: not taken seriously.