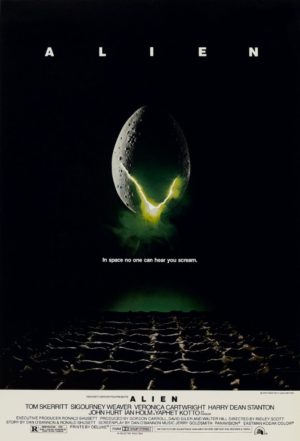 If there was ever a film to point to and say, “This is when science fiction horror was legitimized,” it is Ridley Scott’s original Alien.

Plot: An interstellar mining crew investigates a distress signal on their way home to Earth, and unintentionally bring aboard their demise.

Critique: If there was a science fiction horror film that better displayed both the excitement and fear that comes with traveling into space, please let me know. Until then, Ridley Scott’s Alien will remain at the top of my list.

The great thing about this film is there isn’t one thing within it that you can point to and say, “That made this movie.” Alien has it all piled into almost two hours of film, and it doesn’t drag or over-complicate itself. Instead, we get an awesome story that not only pits humanity against an unknown life form, but pits a crew against humanity’s drive to discover, no matter what the cost. We are space, landscape, and interior shots that make it look like Ridley Scott flew the whole crew into space himself to film the movie. We have a literal H.R. Giger nightmare as the creature.

The worst thing about Alien is that is raised the bar so high for the franchise that it hasn’t had the chance to catch up until Prometheus in 2012. This isn’t to say the rest of the films have been bad, just different.

Scene of Awesomeness: The Chestburster scene. It just has that jarring, “Oh sh*t” feel to it with people screaming and blood flying seconds after they’re enjoying their last meal before hibernation. 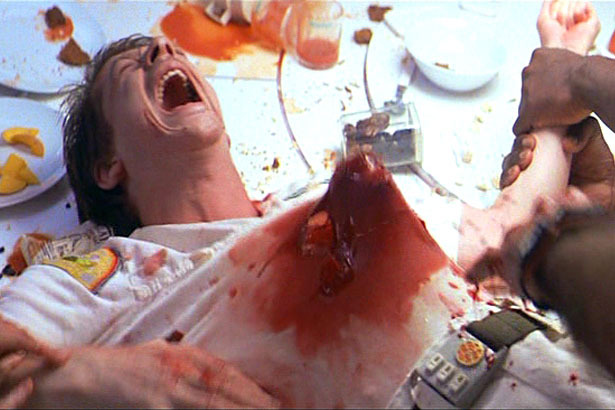 Scene of Ridiculousness: There is one scene that stands out as able to be critiqued. It’s not even a scene, but 3 seconds of arguably the most suspenseful moment in the whole film. When Capt. Dallas goes on the hunt for the alien, the crew provide sensory backup, and warn Dallas when an organism is coming straight at him. Dallas turns around, and there is the alien, reaching out at him as portrayed by Bolagi Badejo / Eddie Powell in his H.R. Giger costume. It just seems off. With how well the rest of the film comes off as horrifying, suspenseful science fiction with beautiful sets, landscapes, and film shots, this scene with the Xenomorph literally reaching out to grab Dallas seems mailed in. 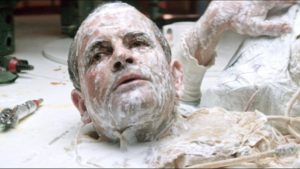 Actors/Actresses of Note: Who isn’t an actor or actress of note? This cast includes Sigourney Weaver, Tom Skerritt, Ian Holm, Veronica Cartwright, Yaphet Kotto, Harry Dean Stanton, and what looks to be the cat from my childhood.

Quote: “Bring back life form. Priority One. All other priorities rescinded.” – Ash